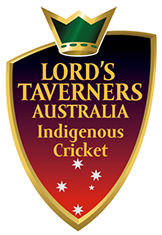 First held in 1994 in the Northern Territory as a community-based event between Alice Springs and Tennant Creek, the Imparja Cup has grown to become a premier fixture on the national cricket calendar.

Cricket Australia’s national talent manager Greg Chappell attended the 20th anniversary Imparja Cup and went away impressed by the organisation and the talent on show..

Chappell said that Cricket Australia’s search for talented cricketers spanned the country, and the Imparja Cup provided a week-long advertisement for the nation’s indigenous talent pool. “It links the participants to the high performance system and hopefully someday will lead to a Baggy Green,” he said.

The National Cricket Inclusion Championships provides an opportunity for deaf and hard of hearing players, blind and vision impaired players and players with an intellectual disability to represent their State in the national championships. The Championships take place annually in Geelong and provide a pathway for players to reach their potential. The following tell of the separate sections of the Championships:

Blind Cricket is played in essentially the same way as the conventional game of Cricket with the major exceptions being:

CRICKET FOR THE DEAF

The Mission of Deaf Cricket Australia is to facilitate and support the participation of deaf Australians in all levels of sport, especially cricket.

The Vision of Deaf Cricket Australia is building and strengthening participation for all.

The Objectives of Deaf Cricket Australia

CRICKET FOR THE INTELLECTUALLY IMPAIRED

Sports Inclusion Australia is a national body which works with organisations such as Cricket Australia to assist them include programs for people with integration difficulties.

Lord’s Taverners has been associated with Sports Inclusion Australia since 1993 and the partnership has provided the framework for the development of cricket and indoor cricket for players with an intellectual disability.

Being accepted and acknowledged for their skill and ability within sport has given many the increased self-esteem necessary to gain meaningful employment and ultimately make a significant contribution to their community. 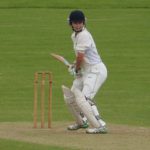 The benefits of sport are best achieved when programs and opportunities are inclusive. Gender should not be a limiting factor for participation in sport and other forms of physical activity

Women’s and girls’ participation in sport is influenced by many things both positively and negatively, whether directly or indirectly, internally or externally, intentionally or unintentionally.

There are six key spheres of influence that we can use to leverage greater participation among women:

Girls cricket is a growth area across Australia. The Lord’s Taverners Sydney Branch supports the running of the NSW Schoolgirl Championships.